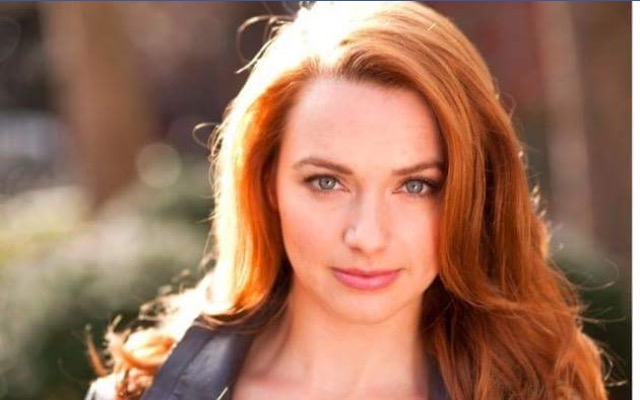 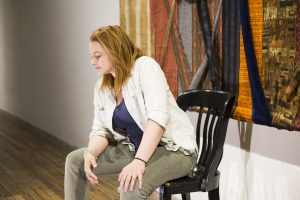 Animus Theatre Company is an ensemble of artists that develops new work and realizes the full potential of infrequently produced plays that explore the fragility and resilience of the human spirit. Currently, they’re producing one of Lesyle Headland’s Seven Deadly Sins Cycle. Headland known for Bachelorette and Sleeping With Other People had vowed years ago to write a play about each sin and the last and seventh is about to open with IAMA Theatre Company in LA.

With the New York Premiere of Surfer Girl, a female driven monologue which will be embodied by eight ladies over the course of it’s run through May 30th, they dig into Headland’s piece that explores the sin of sloth. I had a chance to chat with Animus’s Associate Artistic Director and sometimes Surfer Girl, Amy Northup about process, truth, and how to negotiate wearing many hats.

Tell me a bit more about Animus. Where did the company start and where does it hope to be five years from now.

We were born in the basement of Circle In The Square Theatre School. Most of the founding members went to school there, and dug each other, and what each other stood for, and what we did as artists, and wanted to keep creating together. It’s definitely evolved A TON since then, and continues to ebb and flow and reflect that evolution, but that is our origin story.

What first drew you to Leslye Headland’s Surfer Girl?

Oof. I mean, the writing is brutal and beautiful, to me. This girl, she’s barely a few notches from us. Barely. It would be so easy to be her. I love the themes of disappearing, of not being seen. The ways we ask people- particularly women, I’ll say it- to disappear, to code switch, to become transparent and palatable in order to survive.

Do you feel that using different women throughout the course of the run lends itself to telling different and unique stories by utilizing the same content?

Absolutely. This theme I talked about- disappearing, code switching- society demands that at different levels- and different detriments — from different women. Race, class, identity. I wanted to explore that, and I think using the same text and letting it live in different bodies manages to challenge the listener on the differences of what we’re up against. Yes, there are absolutely universal themes there. She could be any of us. But, it’s not meant to ONLY be a feel good “we’re all the same kumbaya” moment. It’s meant to feel different. It’s meant to bring different lines to your ears in different ways. You’re meant to be jarred by how that line disappeared on one woman and hurt on another.

How easy/difficult is it to switch back and forth from the Associate Artistic Director hat to that of actress? What are some of the challenges you face?

It’s hard! I have gotten better at it after doing it for years, but have definitely learned I have to draw some boundaries for myself. Here’s the thing- production can be a giant to do list. Boxes you can check, things that feel IMMEDIATE and pressing to take care of, issues that have to get dealt with. For me, the creative/artistic side of it doesn’t have the same “box checking” feature. So: I need to make this phone call, send this email, write this press release; oh and I need to go be in an empty room with my text and my process for a couple hours. Which do you think is easier to default to? I have to very intentionally switch brains, and force myself to get comfy in that “empty room” space. I literally sent my incredible amazing patient boss ass team an email two weeks before I went up saying they weren’t allowed to email me about production until my show was down. That’s how specific I have to blockade myself- otherwise the “production” hat consumes my actor hat. I have to go to war for that, personally.

Also, I have to read plays we’re considering three times and very consciously switch hats. AD Read Take ONE: Does this light up our company, explore something thematically we want to explore, work for our mission? AD Read Take TWO: Can we afford to produce this? (hah! Sucks, but it’s a real thing! we’ve had to pass on [lays we love in the past because of elaborate sets,etc.). And THEN I get to read it for character/things that light me up as an actor.

It’s interesting- I love what Leslye said about sin at our opening night talk back. “Sin is the action you take to obliterate self.” Sloth has this connotation of inaction, and I think that’s wrong. Sloth shows up for me on those days when I roll over and feel kind of blue and grab my phone and then accidentally spend three hours on social media without a light on. Just checking out because I’m exhausted or because it all feels like too much– but that’s an ACTION. It feels like inertia, and it’s definitely connected to mental health. But we’re super normalizing that kind of checking out, I think. That kind of numbing. It’s like… we have the choice to go go go, a million miles a minute, doing ten different projects,  working a job, trying to build a life. Or, you can just totally zone out, isolate, drink and drug, overwork, whatever your system is, but it all comes down to not engaging. Some days I’m not sure if I’m engaging in “sloth” or “self-care”- and I don’t think I”m alone in that. I think we’re all a little confused about how much we’re supposed to be doing right now. And what a healthy balance even friggin looks like.

SG says “It’s amazing what you’re capable of, when you do nothing.” Bingo, that. The things we engage in that make us feel like we’re removing ourselves from the world or life or whatever, that’s actively destructive.

What about performing this role feels truthful to you?

“When you surf as long as I have, you start to lose yourself. You feel this constant need to go home, but you have no idea where home is, so you just set up wherever anyone will take you and you get very good at acting normal. And after several years of that, you start to devolve. Until you’re just a nub of a soul, a walking cameo.”

I moved a lot growing up. My dads job relocated us every three or four years. I got very good at becoming who and what the next group of peers needed me to be in order to be loved.  I’m also an empath and a caretaker- I’m super clocked in to the people around me and their energy. That combination is tricky- you do that long enough, you sort of never figure out any sort of truth about yourself. Your edges get blurry. Sometimes it feels very dissociated. Like who am I, where am I, what’s happening? I think, after long enough of that, you sort of start to feel like a ghost. Do people actually see me? Or am I just a reflection of them?

That all sounds very sad, haha- I had a very cool childhood and I have  great therapist, please don’t worry- but that was my way in to her.

I also think you can’t experience this play without the lens of our current #metoo moment. There is really questionable behavior that happens to her. And just having spoken to a lot of women who have seen the show- it resonates. We all know that moment, when his body just…. shifts in a certain way. Indescribable, but… we know. And so that feels incredibly raw and truthful to me.

​In an idea world, what eight female writers work would you be inspired and excited to see on Broadway next season?

I’m currently reading my way through the Kilroy’s 2017 List of un and under-produced new plays by female and trans authors of color. All of that. Produce all of that, Broadway.

When you’re not creating, where can you be found?

Creating more :). I’m all about the intersection of art and activism. I have a podcast you’ll see coming out very soon with one of the just most amazing humans I know. I would tell you the name but we change it 32 times a day so I’ll just tell you when we release it! I’m directing my first feature film in the fall, called What Sam Said- it’s gorgeous and I can’t stop geeking out about it.  It’s an indie kitchen sink black comedy- but against a backdrop of a woman deciding whether or not to pursue criminal charges in her rape. It explores what a woman is up against in choosing to do that- but also what a community might go through. I also work with some really incredible sexual assault prevention groups and victim services groups.

Finally, what’s next for you? For Animus? What can we look forward to seeing in the near future?

Next up with Animus (I AM SO EXCITED ABOUT THIS) is a Chisa Hutchinson premier called The Subject. Chisa’s writing is everything. We also have a Musical Theatre workshop coming up very soon- check the socials and the websites and all that http://animustheatre.org/ 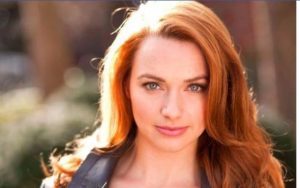