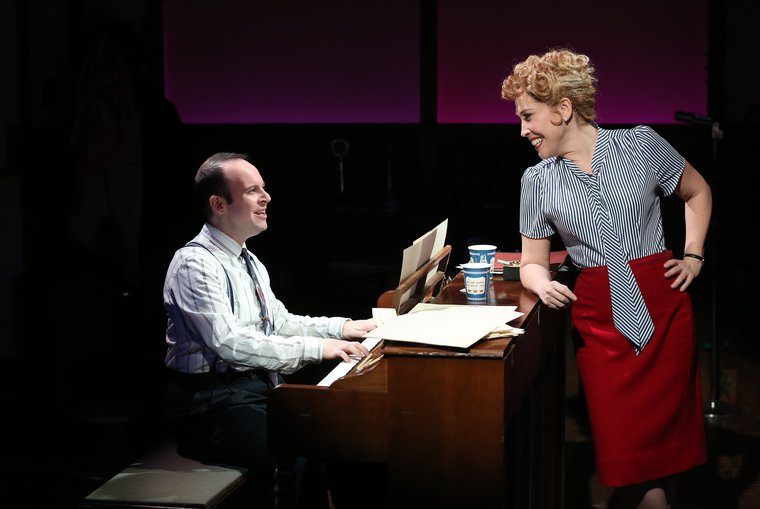 “There are some who think Judy Holliday was the greatest comic actress of all time, and some who think she was simply the greatest comic actress of the century.” That’s David Shipman in The Great Movie Stars (the International Years), but it could be any film historian or astute film buff. The former Judith Tuvim of Queens just had a lighter, subtler touch, and greater ability to make you laugh and move you at the same time, than anybody else; her line readings were so precise, said George Cukor, who directed five of her 11 films, she’d give you a

Vivian’s Music, 1969 is a sensuous, intoxicating experience. It is inspired by a tragic true story that leaves you feeling bereft. This production doesn’t require any additional bells and whistles. The text and the performances are so rich, complex, layered and absorbing you really don’t need any further embellishments. This magical piece is on its way to the the Edinburgh festival where productions famously have about 8 minutes to “get-in” i.e. no time for elaborate sets, costumes, lightings etc. It is vital for a theater company to strip down the staging to its bare bones whilst maintaining a mighty punch.