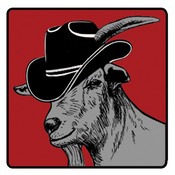 The New York International Fringe Festival has returned after a year hiatus with a phenomenal line-up of original shows. The festival kicked off on October 1st and runs until the 31st. I caught up with Edward Einhorn the playwright and director of The Resistable Rise of J.R. Brinkley – the true story of a 1920’s con man told with country music, to find out more about this compelling production.

What was the main impetus for choosing to create this work?

After the 2016 election, I started hosting “resistance readings,” theater written in countries facing political crises, in order to figure out what my role, as a playwright and director, might be in the current political climate.  We read Brecht, Havel, Ionesco, Mrozek, and some historical American works.

Around then, I head a podcast that discussed JR Brinkley and his insane career as a quack doctor, radio personality, and politician in the 1920’s and 30’s.  Immediately, I started researching him, and the more I researched, the more I uncovered.  Of course, the fact that he surgically inserted goat testicles into human was the most eye-catching fact.  But what I found particularly compelling is that much of what we think of as left-wing and right-wing American identity was forged during that time.  And Brinkley was in the middle of it all, promoting country music, developing conservative talk radio, and railing against elite expertise.  He also plays into a variety of American myths, from the charming con man to the quintessential American Dream.  Yet all of that covered up deep harm that he was doing, as his quackery was killing people.

How do you go about choosing the work you create and produce?

I am always looking for subjects that speak to our time, often by looking to history to find how we got here.  My work is deeply influenced by absurdism, finding comedy within tragedy.  Most work is planned years in advance, so there does need to be a bit of anticipation in the subject matter.

Tell us a little bit about the plot of this musical?

First, I would say this is not exactly a musical.  It is a play with music, more in the style of Brecht than anything else.  There are about 6 songs scattered throughout, but the main thrust of the work is as a sometimes comic, sometimes dramatic play.

The story is about John R. Brinkley, a quack doctor who made his fortune with a fake cure for impotence: surgically implanting goat testicles .  He then started his own radio station, became the first on air advocate for country music, and eventually ran for governor of Kansas.  And that’s just the first act.

Essentially, it’s about Brinkley’s life, what brought him to prominence, and what about him felt so appealing to those who loved him.  It is also about the right-wing identity in America and how it evolved.

What is your most favorite moment of your show and why?

That’s a hard question, but I suppose one of my favorites is the song Nobody’s Business.  The music was taken from an early country classic, and it’s just plain fun.  Also, almost all the actors get their own moment in it.

My other favorite moment is towards the end, one of our few serious moments. I can’t say too much about it in advance, but to me, it is the heart of the show, and it is performed beautifully by Craig Anderson.

How did you go about finding the cast for the show?

The five actors play about 25 characters, and they all not only sing but play instruments as well.  So it is a real tour de force of talent.  I am lucky enough to have been working with most of the cast for years (even decades), and those actors developed the work with me.  One actor was added for the show, and she auditioned via the usual process.

Do you have plans for taking your work further?

Always, though nothing specific yet for this show.  It is built to travel, however, so I’d love to bring it somewhere.

What do you want the audience to leave with after seeing your work?

I also hope it leaves people feeling entertained and maybe even energized by that entertainment.  I think people need that.  I know I do.

You recently completed studies in the Opera arena – can you tell us a bit more about that decision?

I had been feeling very creatively excited by some opera work I had done, so I decided to take a year off and study it formally at Guildhall in London.  I had a scholarship, which made it affordable.  It was incredibly rewarding, and I very much needed the break, after many years of working in New York.  Plus, it gave me a Masters degree, which is always useful.

Of course, some theater experiences are disappointing.  But nothing is more powerful to me than a great theater performance.

I would also like to think it improves the world, that by tackling the ideas I tackle I somehow forward the global conversation a little.  But the basic truth is simpler: it gives me joy.

Why do you love performing at NYC Fringe?

I like that the Fringe demands that you take a work in a slightly raw form and focus on the essentials that make theater powerful.  And I like the energy of being around so much constant, condensed performance.

What are the biggest challenges in doing a festival show?

You get very little time to tech a show, almost no storage, and everything is set up to be bare bones.  But our aesthetic is still very visual, so finding a way to be visual within those constraints can be complicated.  It takes a lot of planning.

Two early defining events of Untitled Theater Company No. 61 were our 2001 Ionesco Festival and our 2006 Havel Festival.  Both playwrights were personally inspiring to me, because they were able to incorporate philosophy, farce, and tragedy all in the same shows.  Although we no longer produce festivals ourselves, their work remains inspirational.

Our next big show will be in February, at the ART-NY Theater.  It is called The Neurology of the Soul, and it examines neuro-marketing, a new field that applies neuroscience to branding.  It also looks at art as an economic property. At its center is a classic romantic triangle between an artist, a neuroscientist, and a marketing executive.

The Resistable Rise of Rise of J.R.Brinkley plays at 685 Washington Street on: