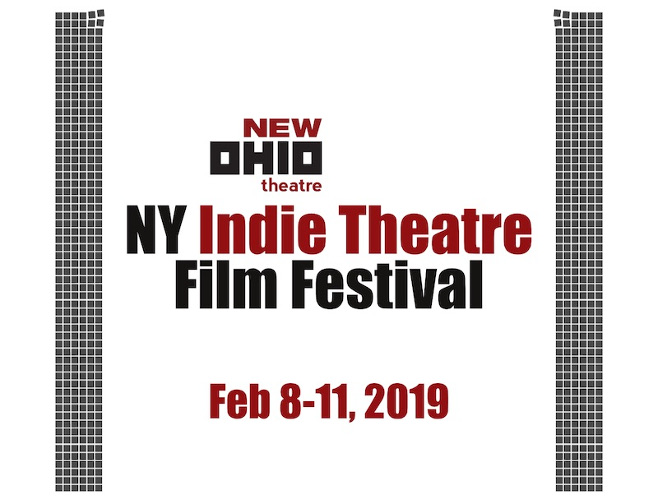 MS. REBECK WILL JOIN THE AUDIENCE FOR A TALKBACK AFTER THE SCREENING

THE 2019 NYITFF FEATURES OVER 30 WORKS BY THEATRE ARTISTS, INCLUDING 14 PREMIERES, FROM FEBRUARY 8-11

New York, NY – The NY Indie Theatre Film Festival is excited to announce it will open its 2019 edition on February 8 with the New York festival premiere of Poor Behavior, the film directorial debut by Theresa Rebeck, based on her play of the same name.

The 2019 NYITFF is produced by the award-winning New Ohio Theatre, in Manhattan’s West Village, and runs through February 11. The festival showcases over 30 short films, excerpts of features, and web series episodes made by theatre artists defying labels and branching out into recorded content. This year’s lineup includes 14 world and New York premieres.

The festival also features industry panelists, a Happy Hour Lounge, and the return of the Film Race on the evening of February 11, to benefit F*It Club, a non-profit film and theater production company in NYC.

For tickets and the complete schedule of screenings and events, visit http://NewOhioTheatre.org/screenings2019.htm.

The 2019 NY Indie Theatre Film Festival kicks off on February 8, at 7pm, with the NY festival premiere of Poor Behavior (2016), written by Theresa Rebeck. Based on her play of the same name, Ms. Rebeck (upcoming spy thriller 355, Broadway’s Bernhardt/Hamlet, NBC’s “Smash”) makes her film directorial debut with this dark, dysfunctional comedy.

A weekend in the country spins out of control when jealous wife Maureen (Heidi Armbruster) makes a reckless accusation about her husband, Ian (Alan Smyth), and their old friend, Ella (Katie Kreisler). Ella’s husband, Peter (Brian Dykstra), tries and fails to stop the domestic carnage in this fierce and funny story about the unexpected ease of betrayal and the fragility of marriage.

Ms. Rebeck will participate in a talkback after the screening, moderated by Marc Stuart Weitz, New Ohio Theatre’s Producing Director.

“We’re honored to have Ms. Rebeck launch this year’s festival,” said Mr. Weitz. “The NYITFF is for artists who are stretching themselves and thinking about making work differently, and Theresa has worked at the highest levels as a writer in theatre, TV, and film for many years. So to be able to screen her first foray into film directing really speaks to what this festival is all about.”

Robert Lyons, the New Ohio’s Artistic Director, added, “Theresa is an inspiring trail-blazer, and we’re excited to have her share her experiences, especially in what we hope is a moment of transition in the industry. As a consummate storyteller, I’m sure she has some stories to tell!”

The complete list of selections for the 2019 NYITFF are:

The 2019 NYITFF closes on February 11, at 7pm, with a screening to mark the end of the fifth-annual Film Race, a benefit for F*It Club. Anyone can enter a short film made during the 3 days of the festival to compete for the grand prize, and the screening is for audiences to watch the completed entries and vote for the winner.

About New Ohio Theatre: New Ohio Theatre is a two-time OBIE Award-winning theatre under the leadership of Robert Lyons, Artistic Director, and Marc Stuart Weitz, Producing Director. The New Ohio serves New York’s most adventurous theatre audiences by developing and presenting bold work from today’s vast independent theatre community. They believe the best of this community, the small artist-driven ensembles and the daring producing companies who operate without a permanent theatrical home, are actively expanding the boundaries of where American theatre is right now and where it’s going. From its home in the West Village’s historic Archive Building, the New Ohio provides a high-profile platform for downtown’s most mature, ridiculous, engaged, irreverent, gut-wrenching, frivolous, sophisticated, foolish and profound theatrical endeavors. The theatre is accessible from the #1 train to Christopher St. or A, B, C, D, E, F or M train to West 4th St. For info visit http://NewOhioTheatre.org.