The Royal Shakespeare Company (RSC) approximates that the Bard wrote Timon of Athens and King Lear between 1604-1606.  Lear is a masterpiece about dysfunctional families, abuse of power and neglecting the elderly.  Timon is a "problem" play Shakespeare co-wrote with Thomas Middleton offering neither redemption nor emotional satisfaction. Though Timon might pose problems in a required rote humanities class and repertory justification, the rise and fall of a historic figure from Plutarch provides a cautionary tale: what happened to Timon can happen to anyone, the moral being the rich stick to their own kind.  Not exactly the perfect benefit night offering.  Since the protagonist lives in frivolous, dangerous times, the

DruidShaekespeare's Richard III  is a bruising experience, which is as it should be.  The Irish troupe's contribution to the tenth anniversary season of Lincoln Center's White Light Festival  (playing thru November 23rd at John Jay College's Gerald W. Lynch Theatre), absolutely fulfills the festival's mission of looking and listening without distraction for greater understanding.  Shakespeare never hides Richard's ambition and watching it played out in the ugliness The War of the Roses created makes it inevitable. Director Garry Hynes has the perfect Richard in Aaron Monaghan.  No one would ever mistake him for a weakling, but when things don't go his way his voice becomes high pitched like a

The stormy start to May has served as a fitting setting for the debut of The Public Theater’s Mobile Unit production of Shakespeare’s The Tempest, that washed up on its home shores near Astor Place after a three-week, 17 stop tour to correction facilities, homeless shelters, libraries and community centers across all five boroughs of New York City. The Mobile Unit really puts the “public” in The Public Theater, whose prestigious productions continue to sell out, garner audience and critical praise and conquer both the commercial (anyone heard of a little historical musical about a dead politician called Hamilton?) and

Though some of the fantastical fairies and magically made-up men and women may have hung up their glittery wings and cast off their gilded lids and long lashes on November 1st, the true enchantment continues through November 17th at the Public Theater with The Mobile Unit’s playful production of Shakespeare's A Midsummer Night’s Dream. This costumed comedy of trickery is the perfect treat for the post-Halloween season. And, thanks to the mission of The Mobile Unit (a reinvention of the “Mobile Theater” originally founded in 1957 by Joe Papp) that art should be free and accessible to everyone -- the

It’s a rare thing when all of the elements come together perfectly to create true theatrical magic. One of the most recent examples of that kind of kismet is a delightfully riotous romp called Desperate Measures, now playing Off-Broadway at New World Stages after its multi-award winning (Drama Desk, Outer Critics Circle and Off Broadway Alliance) and numerously extended run at the York Theater last year. The plot, which examines how justice is served and manipulated, is loosely based on Shakespeare’s Measure For Measure. The setting is the Wild West where Johnny Blood (Conor Ryan) waits in jail with a drunken, 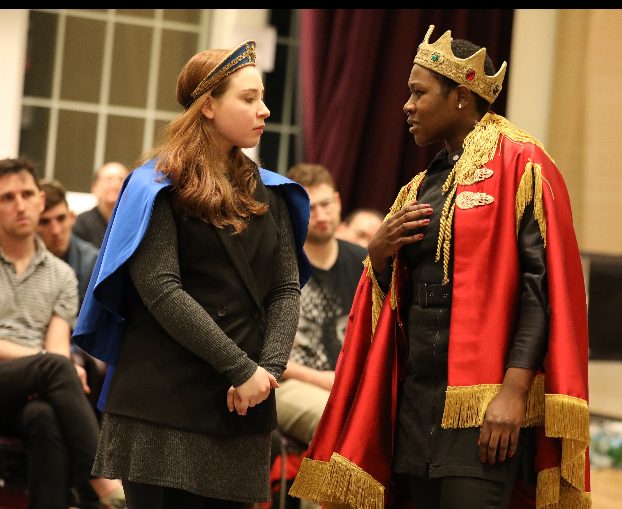 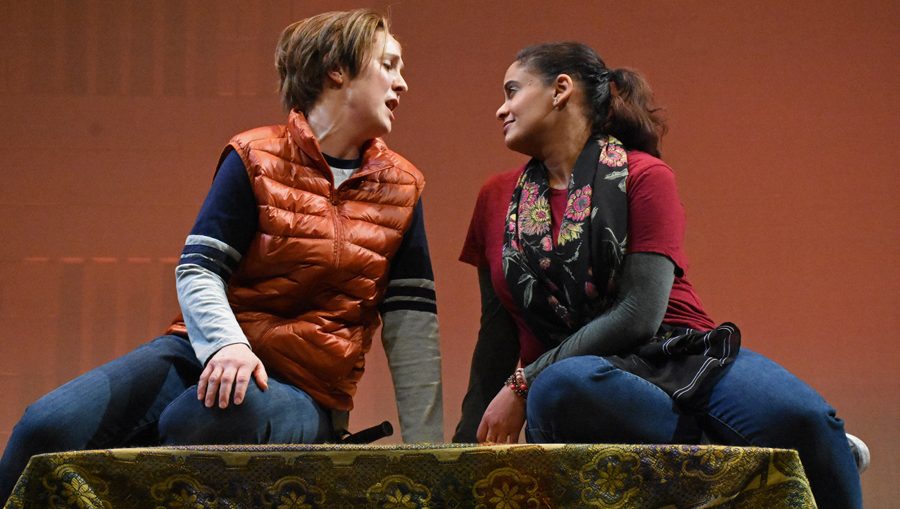 Because early opera is highly regimented and at times surprisingly experimental, the right performance space makes all the difference.  The little OPERA theatre of ny (LOTNY) presented the NYC premiere of Johann Adolph Hasse's "Piramo e Tisbe" at the Baruch Performing Arts Center on the East Side.  The CUNY campus housing the theatre is in the corporate, no-frills Kips Bay neighborhood - making its intimate size ideal for students and those new to opera.  Since the sold-out audience consisted primarily of students, and Hasse's 1768 opera (revised, 1770) was new to most likely new to everyone else, LOTNY and the New Vintage Baroque orchestra conducted by Elliot Figg  proved both outstanding musicians and